In addition to conducting the research that culminated in his acclaimed theories of relativity, Albert Einstein (1879-1955) taught and lectured at universities around the world. Einstein received numerous awards and honorary doctorate degrees in science, medicine, and philosophy, and he remains a towering symbol of intellectual and imaginative achievement.

It's All Relative
Around 1950, Hayward Cirker, Founder and President of Dover Publications, wrote to Einstein and asked his approval to proceed with a Dover paperback reprint of the 1923 collection of original papers on relativity by Einstein himself and others (H. A. Lorentz, H. Weyl, and H. Minkowski), which had originally been published in England. Einstein was reluctant, wondering how much interest there could possibly be in this relic of his work from 30 or more years earlier. Cirker persisted, and Einstein finally agreed — the Dover edition of The Theory of Relativity has been in print ever since and has been followed by many other Dover books on relativity.

"How can it be that mathematics, being after all a product of human thought independent of experience, is so admirably adapted to the objects of reality?"

"Do not be troubled by your difficulties with Mathematics, I can assure you mine are much greater." — Albert Einstein

Critical Acclaim for The Theory of Relativity:

"This book constitutes an indispensable part of a library on relativity." — Nature 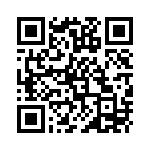