Gabriel Garcia Marquez was born in Aracataca, Colombia. After studying law and journalism at the National University of Colombia in Bogota, he became a journalist. In 1965, he left journalism, to devote himself to writing. Acclaimed for both his craft and his imagination, he has been called a master of myth and magical realism (a style of literature that makes use of fantastical, highly improbable, and sometimes supernatural events and characters). In his novels and stories he has created a fictional world out of his memories of the dust, rain, and boredom of life in an isolated Colombian community. His stories depict a world shaped by myth, history, politics, and nature. Garcia Marquez first created Macondo, his fictional town, in his short story collections Leaf Storm (1955) and No One Writes to the Colonel (1961), but it was the novel One Hundred Years of Solitude (1967) that brought both Macondo and Garcia Marquez to world attention. One Hundred Years of Solitude traces a century in the town's history, from its founding through its destruction by a cyclone. Skillfully blending the fantastic, the mythical, and the commonplace in a humorous and powerful narrative, Garcia Marquez tells a moving tale of people locked in an isolation, partly of their own making and partly due to U.S. and European cultural and political domination of Latin America. With this work, Garcia Marquez established himself internationally as a major novelist, and his reputation has continued to grow since he was awarded the Nobel Prize for literature in 1982. 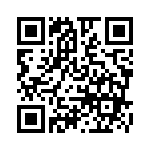