Esmeralda Santiago is the author of the memoirs When I Was Puerto Rican, Almost a Woman, which she adapted into a Peabody Award–winning film for PBS’s Masterpiece Theatre, and The Turkish Lover; the novel América’s Dream; and a children’s book, A Doll for Navidades. Her work has appeared in The New York Times, The Boston Globe, and House & Garden, among other publications, and on NPR’s All Things Considered and Morning Edition. Born in San Juan, Puerto Rico, she lives in New York. 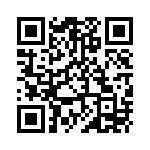