Stephen Battaglio has written about the television industry for The New York Times, Fortune, the New York Daily News and The Hollywood Reporter. He is the author of David Susskind: A Televised Life (St. Martin's Press), the 2010 biography of the influential talk show host and TV producer. In 2011, he wrote From Yesterday to Today (Running Press) a pictorial history of the first 60 years of NBC's Today. Battaglio has appeared as a media commentator on numerous TV and radio programs including CBS Sunday Morning, NBC Nightly News, Entertainment Tonight , NPR's Morning Edition, NBC's Today, ABC's Good Morning America, MSNBC's Hardball with Chris Matthews, WOR's The Joan Hamburg Show and Inside Edition.He was also featured as a television historian in Pioneers of Thirteen, a 2012 TV documentary celebrating the 50th anniversary of WNET. He lives in New York City. 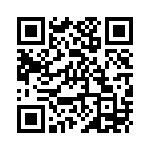