Jan Walleczek Director of Phenoscience Laboratories, Berlin, Germany, and Director of the Fetzer Franklin Fund of the John E. Fetzer Memorial Trust, USA. Previously, he was Director of the Bioelectromagnetics Laboratory at Stanford University Medical School, USA. Jan Walleczek was a doctoral fellow at the Max-Planck-Institute for Molecular Genetics, Berlin, and post-doctoral fellow at the Research Medicine and Radiation Biophysics Division of the Lawrence Berkeley National Laboratory, University of California at Berkeley. His scientific publications cover the fields of biology, chemistry, engineering, and physics. His recent work concerns the foundations of quantum mechanics and applications to living systems of concepts such as quantum coherence, emergent dynamics, and the flow of information, a long-standing interest that he summarized as an edited volume for Cambridge University Press titled “Self-organized Biological Dynamics and Nonlinear Control”. In addition to metascience and advanced methodology, his professional interests include the philosophy and foundations of science.

Gerhard Grössing Director of the Austrian Institute for Nonlinear Studies (AINS) in Vienna, Austria. He studied physics and mathematics at the University of Vienna and at Iowa State University, USA. During his post-doctoral work at Vienna’s Atominstitut, he coined the term and developed, together with Anton Zeilinger, the first “Quantum Cellular Automata”, and he developed an early variant of an “emergent” quantum theory named “Quantum Cybernetics” whose main results were published as a monograph with Springer Verlag, New York. His major research interests cover the foundations of quantum theory and new tools in complex systems research. He also published numerous articles and two books in the fields of philosophy and foundations of science. In recent years, the research of Gerhard Grossing and the AINS has focused on the development of an Emergent Quantum ¨ Mechanics (EmQM), and he organized the first EmQM conference in 2011.

Paavo Pylkkänen is Vice Dean of Faculty of Arts and Head of Department of Philosophy, History, and Art Studies at University of Helsinki, Finland, where he has been Senior Lecturer in Theoretical Philosophy since 2008. He is also Senior Lecturer at University of Skovde, Sweden (currently on ¨ leave). He began interacting with David Bohm while doing his Master’s at University of Sussex in 1984. In his doctoral work at Helsinki, Pylkkanen explored Bohm’s idea of active information at ¨ the quantum level and connected it to contemporary philosophy of mind, providing a new view of mental causation. He did his post-doctoral work at Birkbeck, University of London with Basil Hiley, with whom he has authored many papers on the foundations of quantum theory and the mind-matter relation. Pylkkanen has explored the philosophical implications of Bohm and Hiley’s ¨ program in his many publications, including Mind, Matter, and the Implicate Order (Springer).

Basil Hiley, Professor, is Emeritus Professor of Physics at Birkbeck, University of London and Honorary Professor of Physics at University College London (UCL). He started his collaboration with David Bohm at Birkbeck after completing a PhD from King’s College, London in 1961. His main academic interests are in the foundations of quantum theory and relativity. He also has interests in exploring the relationship between mind and matter. He has written many papers on fundamental questions in quantum mechanics and on the relationship of mind and matter. At present he is theoretical advisor to an experimental group at UCL measuring weak values of spin and momentum. With the late Professor Bohm he has co-authored “The Undivided Universe”, Routledge, London, 1993. He is also co-editor with David Peat of Quantum Implications, Essays in Honour of David Bohm, Routledge, London, 1987. He was awarded the Majorana Prize EJTP Best Person in Physics 2012. 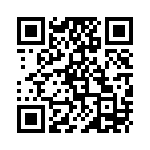