Jianchao Cai received his B.Sc in Physics from Henan Normal University in 2005 and his MSc and Ph.D in Condensed Matter Physics from Huazhong University of Science and Technology in 2007 and 2010, respectively. He joined the Institute of Geophysics and Geomatics at the China University of Geosciences (Wuhan) in 2010. From July 2013 to July 2014, he acted as a Visiting Scholar at University of Tennessee-Knoxville, USA. He currently is Professor of Geological Resources and Geological Engineering (since 2015). Meanwhile, he is the founder and Editor-in-Chief of Advances in Geo-Energy Research and serves as Associate Editor for some international journals. Dr. Cai focuses on petrophysical characterization and micro-transport phenomena in porous media, and fractal theory as well as its application. He has published more than 100 peer-refereed journal articles and numerous book chapters.

Zhien Zhang is currently a postdoctoral researcher in William G. Lowrie Department of Chemical and Biomolecular Engineering at Ohio State University. His research interests include advanced processes and materials (i.e., membranes) for CO2 capture, CCUS processes, gas separation, and gas hydrates. Dr Zhang has published 65+ journal papers and 10+ editorials in the high-impact journals, e.g., Renewable & Sustainable Energy Reviews. He has authored two ‘’hot papers” (top 0.1%) and six ‘’highly cited papers” (top 1%). He is an Editor or Guest Editor for several international journals, e.g., Applied Energy, Fuel, and Journal of Natural Gas Science and Engineering, and he is also a visiting Professor at University of Cincinnati. 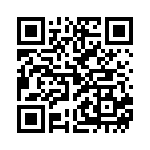