Vineet Nayar is the Chief Executive Officer of HCL Technologies Ltd., India's leading global IT Services Company. He also serves on the board of the company as a whole time Director. A team of more than 50,000 professionals, HCL is spread across 18 countries with its current annual revenues of US $1.9 billion.

An entrepreneur at heart, Vineet joined HCL in 1985 after completing his engineering and management degrees. After seven years as engineer, product manager, sales & marketing head at HCL, Vineet founded HCL Comnet to provide IT infrastructure and networking services. A Mercer/TNS survey published in Business Today ranked HCL Comnet amongst the top 10 "Best Companies To Work For In India" for three consecutive years, and BT recognized Vineet as one of the "India's Hottest Young Achievers" in 2002.

Vineet became the President in April 2005 and CEO in October 2007 of HCL Technologies. The organization has quickly become one of the fastest growing companies in the Indian IT landscape. Brown-Wilson Group for The Black Book of Outsourcing deemed HCL Technologies as the world's No. 1 infrastructure outsourcing vendor in 2007.

Fortune magazine called his leadership style "The World's Most Modern Management" and the London Business School labeled him "the leader of organizational innovation". During his tenure, HCL Technologies made it to the fastest growing "Business Week Top 100 Tech companies" (2007). IDC recognized Vineet as having "the most cohesive and articulate vision" in the IT services sector. 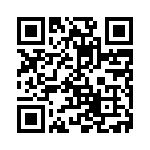