Gail Kowatch's first short film, The Right Friend, garnered several niche festival awards and was distributed by Spiritual Cinema Circle. Gail is an avid fan of movies, especially comedy, sci-fi, fantasy, animation, thrillers, and romance. This passion carries through to her work as she envisions the book series becoming an animated or live-action feature film in the future. 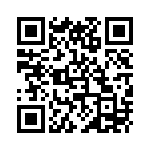