M. Keith Booker is the James E. and Ellen Wadley Roper Professor of English at the University of Arkansas, Fayettevile, AR, where he also serves as director of the Program in comparative literature and cultural studies. He is the author or-editor of more than 35 books on literature, film, popular culture, and literary and cultural theory. 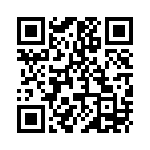