Encyclopedia of Educational Reform and Dissent

Coedited by four American professors of education, these two volumes amass more than 440 signed entries by 229 practitioners and scholars. The work is arranged alphabetically, with a list of entries ... Read full review

Thomas Hunt is a Professor in the Center for Catholic Education and the Department of Teacher Education at the University of Dayton, where he has taught since 1996. He received his B.A. in History at Loras College, a Licentiate of Sacred Theology and an M.A. in Seondary Education Administration from the Catholic University of America, and his Ph.D. in Educational Policy Studies (Social and Historical Foundations of Education) from the University of Wisconsin, Madison. He has authored or co-authored 20 books.

Thomas J. Lasley, II is executive director of Learn to Earn Dayton at the Dayton Foundation and a professor at School of Education and Allied Professions at the University of Dayton. From 1998 until 2010, he served as dean at School of Education and Allied Professions, University of Dayton. He completed his baccalaureate (1969), master’s (1972), and doctoral degree (1978) at the Ohio State University. Lasley has published in excess of 70 articles in professional journals and also has published a wide variety of op-eds in both regional and national newspapers (Education Week, Columbus Dispatch, and the Dayton Daily News). He has authored or coauthored 13 books. He was instrumental in helping cofound the Dayton Early College Academy, which is a unique educational partnership between the University of Dayton and the Dayton public schools, and was the first early college of its type in the state of Ohio. He serves on a variety of nonprofit boards or committees including Think TV Network (education chair), Dayton Digital Technology High School (president of the board), the United Theological Seminary (trustee), the Ohio College Access Network (chair), Young People Succeeding (co-champion), and The Ohio Early College Association (executive director).

C. Daniel Raisch received his Ph.D. in Educaitonal Administration from Miami University in 1973. He began his career as a high school teacher, principal, and superintendent before joining the faculty at the University of Dayton as an assistant professor in 1991. Since that time, he has served as department chair for Teacher Education and, since 1998, as Associate Dean of the School of Education and Allied Professions. 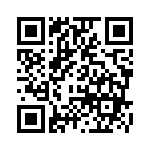