Craig J. Forsyth is Professor of Sociology at the University of Louisiana at Lafayette. He is the author of more than 200 journal articles and book chapters. His principal research interests are in the areas of deviance and crime. He is the author of The American Merchant Seaman: Struggle and Stigma (Taylor & Francis, 1989) and coauthor (with Anthony Margavio) of Caught in the Net: The Conflict Between Shrimpers and Conservationists (Texas A&M Press, 1996). He is the editor of the journal Deviant Behavior, a position he has held since 1998. He received his PhD in sociology from Louisiana State University in 1983. He did both his BA and MA at the University of New Orleans.

Heith Copes is a professor in the Department of Justice Sciences at The University of Alabama at Birmingham. He earned his Ph.D. in sociology from The University of Tennessee. His primary interests lie in understanding the decision making process and identity construction of offenders. He is the author of the monograph, Identity Thieves: Motives and Methods (2012, Northeastern University Press). 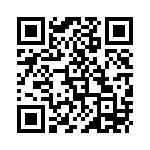