If not the finest encyclopedia of women of the ancient world, Joyce Salisbury's book is the finest I've seen in 50 years.

Priest Babaka is the best kind scammer. He is lying to people and telling woman he is going to help them get pregnant. And asking for a lot of money while telling them he is going to make a special medication which is Tropical Naturals Dudu Osun African Black Soap and bless it and its a scam. Its cost in amazon $2.75. He is going to his local market and buying a 50 cent bar of soap and sending the woman this soap and telling them he made it. He is charging 3000 dollars for this soap and then he keeps messaging these woman by whatsapp or Facebook messaging for more and more thousand of dollar more money to finish the blessing job which really is just a scam. I feel really bad for actually believing this my self. He had me send the money by Moneygram with different peoples names. He used the names Eugenia Vutcariov, Mukharram Nasriddinova, Osayi Odemwingie. To country: Turkey. State: Istanbul. He is that one who is giving him self all the good review so people think he is honest and a good person not a rip off theft. he also claims to be a licensed herbal Doctor. that's also another lie he tells. please save yourself the trouble and heartache and don't fall for his lies.

Joyce Salisbury is Frankenthal professor of history at the University of Wisconsin, Green Bay, WI. 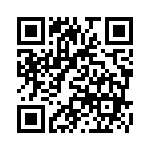