Per Enghag graduated from the Swedish School of Mining and Metallurgy in Filipstad and from Stockholm University, Sweden. He got his Doctor's degree in chemistry in Uppsala in 1973 and was appointed associate professor (docent) in Materials Chemistry in 1986. During the 1960s he was director for the School of Mining and Metallurgy and lectured in physical and applied chemistry. Before and after that period, he worked in R&D at the Swedish Institute for Metal Research, at the Axel Johnson Institute for Industrial Research, and in industry. From 1980 on, he has run his own company, Materialteknik (Applied Materials Technology). From that position he has worked with research planning and education in Sweden and abroad, also for the United Nations Industrial Development Organization (UNIDO). At the new University in Örebro, he contributed by building up a Materials Technology Laboratory. 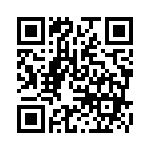