An excellent history of the Federal Bureau of Investigation, this book gives a balanced and fair — if discouraging — account of the Bureau's genesis, its development, and, most importantly, its ... Read full review

There's not much to see here: a one-damn-thing-after-another journalistic history, which makes no effort whatsoever to explain the events that it's relating. No doubt if you can simply accept and ... Read full review

Tim Weiner has won the Pulitzer Prize for his reporting and writing on secret intelligence and national security. As a correspondent for The New York Times, he covered the Central Intelligence Agency in Washington and terrorism in Afghanistan, Pakistan, the Sudan, and other nations. Enemies is his fourth book. His Legacy of Ashes: The History of the CIA won the National Book Award and was acclaimed as one of the year’s best books by The New York Times, The Economist, The Washington Post, Time, and many other publications. The Wall Street Journal called Betrayal “the best book ever written on a case of espionage.” He is now working on a history of the American military. 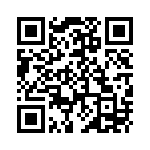