This is a well written and researched book that everyone should read. Similar to the story that Weiner told about the CIA, this is also a story of incompetence, illegality and straggle for personal ... Read full review

This is an exceptional history of the FBI for several reasons, the most important of which is that Tim Weiner completely ignores the FBI's own meticulously cultivated promotional image. Throughout its ... Read full review

Tim Weiner has won the Pulitzer Prize for his reporting and writing on secret intelligence and national security. As a correspondent for The New York Times, he covered the Central Intelligence Agency in Washington and terrorism in Afghanistan, Pakistan, the Sudan, and other nations. Enemies is his fourth book. His Legacy of Ashes: The History of the CIA won the National Book Award and was acclaimed as one of the year’s best books by The New York Times, The Economist, The Washington Post, Time, and many other publications. The Wall Street Journal called Betrayal “the best book ever written on a case of espionage.” He is now working on a history of the American military. 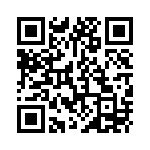