Margaret S. Archer is Professor at the Centre for Social Ontology, École Polytechnique Fédérale de Lausanne. She has written and edited several books for Routledge, including Conversations About Reflexivity. 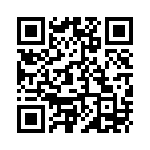