Enough Already by Valerie Bertinelli is a 2022 Mariner Books publication. When I first saw this book, I presumed it was a memoir, but upon further inspection, I noticed it was also labeled as a foodie ... Read full review

VALERIE BERTINELLI is an actress and TV personality, best known for starring in the 70’s sitcom One Day at a Time. She now hosts the Emmy Award–winning Food Network show Valerie’s Home Cooking as well as Kids Baking Championship. She is the author of Losing It: And Gaining My Life Back One Pound at a Time, and the follow-up Finding It: And Satisfying My Hunger for Life without Opening the Fridge, as well as Valerie’s Home Cooking and One Dish at a Time. 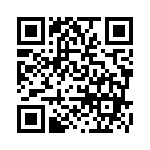