Alfred Worcester Crosby Jr. was born in Boston, Massachusetts on January 15, 1931. He received a bachelor's degree in history from Harvard University in 1952. He served as a sergeant in the Army in the Panama Canal Zone. After his service, he received a doctorate in history from Boston University. He taught at Washington State University for 11 years and at the University of Texas in Austin for 22 years. He retired in 1999 as professor emeritus of geography, history, and American studies. He was considered the father of environmental history. He incorporated studies of biology, ecology, geography, and other sciences in his efforts to chronicle and understand human events. He wrote numerous books including The Columbian Exchange: Biological and Cultural Consequences of 1492; Ecological Imperialism: The Biological Expansion of Europe, 900-1900; Germs, Seeds and Animals: Studies in Ecological History; The Measure of Reality: Quantification and Western Society, 1250-1600; and Children of the Sun: A History of Humanity's Unappeasable Appetite for Energy. He died from complications of Parkinson's disease on March 14, 2018 at the age of 87. 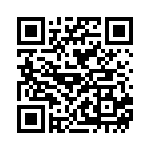