Boaventura de Sousa Santos is Professor of Sociology at the University of Coimbra (Portugal) and Distinguished Legal Scholar at the University of Wisconsin Madison. He is director of the Center for Social Studies at the University of Coimbra and has written and published widely on the issues of globalization, sociology of law and the state, epistemology, social movements, and the World Social Forum. He has been awarded several prizes, most recently the Science and Technology Prize of Mexico, 2010, and the Kalven Jr. Prize of the Law and Society Association, 2011. Among his many books in English are "The Rise of the Global Left: The World Social Forum and Beyond" (Zed Books 2006) and "Law and Globalization from Below: Towards a Cosmopolitan Legality" (co-editor; Cambridge University Press 2005). 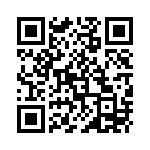