Arthur Melvin Okun is widely considered among the most important macroeconomists of the twentieth century. Born in 1928, in Jersey City, New Jersey, he received his A.B. and his Ph.D. from Columbia University and went on to teach economics at Yale University. In the 1960s he served as a senior economist, member, and, finally, as chairman of the Council of Economic Advisers in the Kennedy and Johnson administrations.

When Okun left the CEA, he joined the Brookings Institution. In 1970, he cofounded, with George Perry, the Brookings Papers on Economic Activity (BPEA), which is still among the world's most prestigious economic journals and currently boasts sixteen Nobel Prize winners among its authors.

Known for his wit as well as his compassion, Okun reacted to surging inflation in the 1970s by developing an economic indicator he dubbed the Misery Index, which charted the well-being of Americans by combining the unemployment rate and inflation rate. In the years since, Okun's idea of indexing misery has been both repurposed and refined to track happiness and well-being across all sorts of indicators.

When Okun died unexpectedly at the age of just 51 in March 1980, he was hailed as an innovative and effective policy economist who was unique in holding the respect and admiration of both academic economists and practical politicians.

Okun is today remembered as an effective mediator between the realms of economic theory and analysis and the development and implementation of public policy. In this realm, Equality and Efficiency: The Big Tradeoff, with its difficult questions about the uneasy relationship between capitalism and democracy, is most certainly Okun's masterwork. 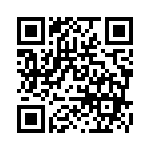