This is an outstanding book. It took me a while to finish reading it, because it is incredibly deep. There is, it seems, a relationship between our need for freedom and our need to belong. We have ... Baca ulasan lengkap

Here is a book that was recommended to me early in my grad school career, and for some reason I have put off reading it until now. (Studying for comps has pushed me to "get my reading on"...) I read ... Baca ulasan lengkap

Erich Fromm (1900–1980) was a bestselling psychoanalyst and social philosopher whose views about alienation, love, and sanity in society—discussed in his books such as Escape from Freedom, The Art of Loving, The Sane Society, and To Have or To Be?—helped shape the landscape of psychology in the mid-twentieth century. Fromm was born in Frankfurt, Germany, to Jewish parents, and studied at the universities of Frankfurt, Heidelberg (where in 1922 he earned his doctorate in sociology), and Munich. In the 1930s, he was one of the most influential figures at the Frankfurt Institute of Social Research. In 1934, as the Nazis rose to power, he moved to the United States. He practiced psychoanalysis in both New York and Mexico City before moving to Switzerland in 1974, where he continued his work until his death. 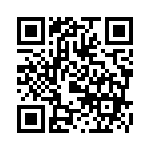