Escape From Freedom by Erich Fromm This book, seems to address freedom and belongingness. It does a good job exploring deeply humanity's shifting relationship with freedom, freedom from, and freedom ... Read full review

This is an outstanding book. It took me a while to finish reading it, because it is incredibly deep. There is, it seems, a relationship between our need for freedom and our need to belong. We have ... Read full review

Erich Fromm was a German-born U.S. psychoanalyst and social philosopher who explored the interaction between psychology and society. His works include The Art of Loving, Psychoanalysis and Religion, and Man for Himself. He died in 1980. 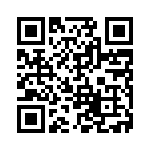