ESCAPING PLATO'S CAVE: How America's Blindness to the Rest of the World Threatens Our Survival

An outraged screed against dissembling politicians, a benumbed public and a corporatized media that enables both.Plato used the analogy of shadowed images flickering against a cave wall being mistaken ... Celotno mnenje

Mort Rosenblum was an Associated Press foreign correspondent for nearly forty years until 2004, covering coups, earthquakes, wars, and everything else in more than one hundred countries. He was editor of the International Herald Tribune from 1979 to1981. He has written nearly fifteen books, including Escaping Plato'sCave and Chocolate, and has been nominated for the Pulitzer Prize eight times. He splits his time between a boat on the Seine in Paris and an olive farm in the south of France 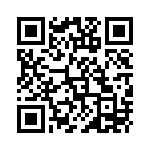