Wouter J. Hanegraaff is Professor of the History of Hermetic Philosophy and Related Currents at the University of Amsterdam, the Netherlands, President of the European Society for the Study of Western Esotericism (ESSWE), and a member of the Royal Dutch Academy of Arts and Sciences. Alongside numerous articles, he is the author of New Age Religion and Western Culture: Esotericism in the Mirror of Secular Thought (1996, 1998); Lodovico Lazzarelli (1447–1500): The Hermetic Writings and Related Documents (2005, with Ruud M. Bouthoorn) and Swedenborg, Oetinger, Kant: Three Perspectives on the Secrets of Heaven (2007). He has also co-edited seven collective volumes, including the Dictionary of Gnosis and Western Esotericism (2005) and Hidden Intercourse: Eros and Sexuality in the History of Western Esotericism (2011, with Jeffrey J. Kripal). His latest work is Western Esotericism: A Guide for the Perplexed (2012). 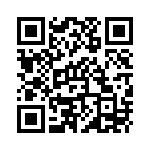