A series of thirty-odd essays on economics. Topics range from the gold standard to how bad the Versailles treaty was to the first cogent explanations of deficit spending and the multiplier effect ... Read full review

John Maynard Keynes (1883-1946) was one of the greatest economic theorists of the twentieth century. He was chairman of the liberal journal of opinion The Nation and economics advisor for more than thirty years to British governments. He wrote several books, including his masterpiece, The General Theory of Employment, Essays in Persuasion, Interest and Money, the two-volume Treatise on Money, and A Tract on Monetary Reform. 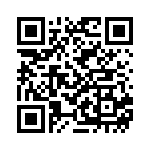