ETHICS IN CONGRESS: From Individual to Institutional Corruption

A lucid perspective on the state of congressional ethics by Thompson (Political philosophy/Harvard). At a time of rock-bottom public confidence, Thompson finds that the perceived rise in congressional ... Read full review

Page v - The President bears final responsibility for the decision to publish a manuscript as a Brookings book. In reaching his judgment on the competence, accuracy, and objectivity of each study, the President is advised by the director of the appropriate research program and weighs the views of a panel of expert outside readers who report to him in confidence on the quality of the work. Publication of a work signifies that it is deemed a competent treatment worthy of public consideration but does not imply...
Appears in 31 books from 1977-2006
Page v - It is the function of the Trustees to make possible the conduct of scientific research, and publication, under the most favorable conditions, and to safeguard the independence of the research staff in the pursuit of their studies and in the publication of the results of such studies. It is not a part of their function to determine, control, or influence the conduct of particular investigations or the conclusions reached.
Appears in 128 books from 1948-1999

Dennis F. Thompson, the Alfred North Whitehead Professor of Political Philosophy and director of the Program in Ethics and the Professions at Harvard University, is the author of Political Ethics and Public Office (Harvard, 1987). 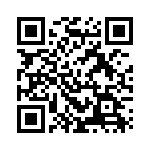