Marvin Jay Greenberg is Emeritus Professor of Mathematics, University of California at Santa Cruz. He received his undergraduate degree from Columbia University, where he was a Ford Scholar. His PhD is from Princeton University, his thesis adviser having been the brilliant and fiery Serge Lang. He was subsequently an Assistant Professor at U.C. Berkeley for five years (two years of which he spent on NSF Postdoctoral Fellowships at Harvard and at the I.H.E.S. in Paris), an Associate Professor at Northeastern University for two years, and Full Professor at U.C. Santa Cruz for twenty five years. He took early retirement from that campus at age 57. His first published book was Lectures on Algebraic Topology (Benjamin, 1967), which was later expanded into a joint work with John Harper, Algebraic Topology: A First Course (Westview, 1981). His second book Lectures on Forms in Many Variables (Benjamin, 1969) was about the subject started by Serge Lang in his thesis and subsequently developed by himself and others, culminating in the great theorem of Ax and Kochen showing that the conjecture of Emil Artin that p-adic fields are C2 is "almost true" (Terjanian found the first counter-example to the full conjecture). His Freeman text Euclidean and Non-Euclidean Geometries: Development and History had its first edition appear in 1974, and is now in its vastly expanded fourth edition. His early journal publications are in the subject of algebraic geometry, where he discovered a functor J.-P. Serre named after him and an approximation theorem J. Nicaise and J. Sebag named after him. He is also the translator of Serre s Corps Locaux. In later years, he published some articles on the foundations of geometry, most of whose results are included in his Freeman text. His latest publication appeared in the March 2010 issue of the American Mathematical Monthly, entitled "Old and New Results in the Foundations of Elementary Euclidean and Non-Euclidean Geometries"; a copy of that paper is sent along with the Instructors' Manual to any instructor who requests it. Professor Greenberg lives alone in Berkeley, CA, and has an adult son who lives on the boat his son owns. His main interests outside of mathematics are (1) golf, where he is a founding member of the Shivas Irons Society based on Michael Murphy's classic book Golf in the Kingdom (now made into a movie); (2) the economy and the stock market, where he is very concerned about the hard times that have befallen the U.S., due in large part to the fiat fractional reserve monetary system that enabled very dangerous levels of debt to be transacted; and (3) the quest for enlightenment, the topic of a course he taught at Crown College, UCSC, around 1970. 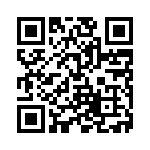