Mariana Liz completed a PhD at King's College London in 2012. She has taught at King's and Queen Mary, University of London, and at the University of Leeds, UK (2013-2016). She is the author of Euro-Visions (2016) and co-editor of The Europeanness of European Cinema (2015). Her edited collection Global Portuguese Cinema is in production. She has published on contemporary European cinema and Portuguese film in Studies in European Cinema and the Journal of Romance Studies, among others. She is currently a post-doctoral fellow at the Institute of Social Sciences, University of Lisbon, in Portugal, where she conducts research on European cities, cinema and branding. 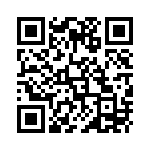