Hilaire Belloc, 1870 - 1953 Hilaire Belloc was born in France in 1870, educated at Oxford, and naturalized as a British subject in 1902. Although he began as a writer of humorous verse for children, his works include satire, poetry, history, biography, fiction, and many volumes of essays. With his close friend and fellow Catholic, G. K. Chesterton, Belloc founded the New Witness, a weekly newspaper opposing capitalism and free thought and supporting a philosophy known as distributism. The pair was so close in thought and association that George Bernard Shaw nicknamed them Chesterbelloc. During his life, Belloc published over 150 books. Today, however, he is best remembered for only a few works, most notably his light verse, such as Cautionary Tales (1907) and A Bad Child's Book of Beasts (1896). Belloc died in 1953 from burns caused when his dressing gown caught fire from the hearth. 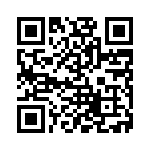