First and foremost, this was incredibly boring. I was expecting a very straightforward explanation of theology for evangelicals and I got a lot of redundant, unfounded theorizing. From a literary ... Read full review

Here's my first encounter with Karl Barth: I was asked to present a three minute profile of the man to my class in Bible College. I went to the library's theological dictionary, thinking to find a one ... Read full review

Karl Barth was born in Basel, Switzerland, in 1886. A theologian, Barth is considered to be one of the most prolific writers Christendom has ever produced. His Church Dogmatics runs well over 12,000 pages in English translation. There also is a great body of occasional writing. Barth would be worthy of note if only for his first published work, a commentary on The Epistle to the Romans. In 1918, when he published this study, Barth was a young pastor in his native Switzerland. The guns of World War I could still be heard, their angry shells destroying, perhaps forever, the liberal optimism of Continental theology. Where was the progress young Barth had learned about from Harnack in Berlin? Where was human rationality, dispelling the noisome holes of ignorance and superstition, when the great leaders of Christendom descended to the barbarity of trench warfare? For answers Barth turned St. Paul's greatest epistle, as St. Augustine of Hippo and Martin Luther had before him. Barth obtained a post at the University of Bonn, but Hitler objected to his work with the Confessing Church (see Dietrich Bonhoeffer), and he was forced to return to his own country, there to produce all his great tomes. Turning theologians from their rational optimism, Barth has driven them to consider again the power of the Word of God-the acted, spoken, inscripturated, incarnated Word was always his chief theme. Against it, all human pride and pretension, all schemes for utopian societies, all theologies based on anything other than the Bible and Christ have proved transient. Barth's objectors reply that Barth's God is too far away like Soren Kierkegaard; that Barth spoke of the "infinite qualitative distinction" between God and man; that Barth ignores scientific advances; and that he cares little for dialogue with other religions. Yet Barth's oppposers never complain of a lack of erudition or ecumenical concern. To some Barth is the greatest theologian the church has produced. Barth died in 1968 as he had hoped-with his Dogmatics still unfinished. 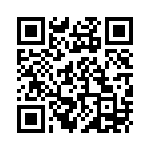