Lucille Clifton was born in Depew, New York on June 27, 1936. She was the first person in her family to graduate from high school. She attended Howard University, where she majored in drama, for two years before deciding that she would rather write poetry. Her first poetry collection Good Times was published in 1969. During her lifetime, she wrote 11 books of poetry and 20 children's books. She won numerous awards including the Coretta Scott King Award for Everett Anderson's Good-bye in 1984, the National Book Award for Blessing the Boats: New and Selected Poems, 1988-2000 in 2001, and the Ruth Lilly Poetry Prize award in 2007. She was the Poet Laureate of Maryland from 1979 to 1985. She died after a long battle with cancer and other illnesses on February 13, 2010 at the age of 73. 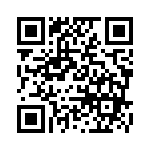