Dr. Eleonore Blaurock-Busch MSc, PhD published several books in German, English, and other languages, including textbooks on metal toxicology and diagnostics. She is a regular contributor and columnist to various journals, published hundreds of articles in various languages around the world, including research on Autism, Cancer and Chelation. She was instrumental in environmental and laboratory research projects in metal toxicology, including epidemiological studies that evaluated the toxic burden of people of various countries, including Nigeria, India and Egypt. She organized and participated as keynote speaker in international meetings, received the IBCMT (International Board of Clinical Metal Toxicology) Award for Outstanding Service in 2005, has lectured worldwide at various universities and learning institutions, and was a guest speaker at radio and TV shows in the US, Germany and elsewhere. She is a member of the British Society for Ecological Medicine and the European Academy for Environmental Medicine.

Dr. Swaran J.S. Flora, Director, National Institute of Pharmaceutical Education and Research (NIPER)-Raebareli, Lucknow U.P., received his Ph.D. from Industrial Toxicology Research Center, Lucknow, India and was a Post-Doctoral Research Associate at Utah State University, USA. He also served at the Defense Research and Development Establishment (DRDO), Gwalior, India. His most highlighted contribution has been the development of a new drug for therapy of chronic arsenic poisoning. He has published 302 research papers, 75 Review articles, 3 patents and edited a number of books including the Handbook of Arsenic Toxicology" and the Handbook of Biological Warfare Preparedness, published by ELSEVIER / Academic Press (USA). He is Editorial Board Member of 32 international journals and received many prestigious awards like the "DRDO Scientist of the Year Award". He is a Fellow of a number of scientific societies including Fellow of National Academy of Sciences (FNASc). He has supervised 28 graduate students for their PhD degree.

Dr. Ebrahim Sulaiman, MD obtained his MBBS in Myanmar in 1962. He is a Fellow of the American Academy of Family Physician in the USA. He was a Visiting Professor at The Open University for Complementary Medicines, Colombo, Sri Lanka from the year 2002 to 2007; and also a Chapter Leader of Medical Practitioners, Malaysian Society of Complementary Therapies. He was also an ECP Consultant with CardiAssist - CardioMedics in California and a keynote speaker at the International Traditional Complementary Medicine conference organized by the Ministry of Health, Malaysia (2004) and other international conferences. He is the author of Chelation Therapy (2002) and Save Your Heart with ECP (2015). Dr. Ebrahim is currently practicing integrative medicine, complementary & alternative medicine, including Hyperbaric Oxygen therapy and ECP therapy in Kuala Lumpur, Malaysia. 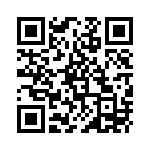