Adrian Pearce is lecturer in Brazilian and Spanish-American History at King's College, London, and lecturer in Latin American Studies at ISA. 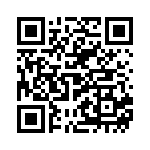