Yonah Alexander is currently a Senior Fellow and Director, International Center for Terrorism Studies (at the Potomac Institute) and Director, Inter-University Center for Terrorism Studies. Formerly a professor and director of terrorism studies at the State University of New York and The George Washington University, Dr. Alexander also held academic appointments at other institutions in the United States and abroad. He has published ninety-five books on international affairs, terrorism and the Middle East.

Michael B. Kraft is a former State Department Counterterrorism Office Senior Advisor for Legislative and Budget Affairs with nineteen years of experience in the office, working on a variety of legislative, program, and regional issues. He is now a, Washington-based counerterrorism consultant and writer, contributing chapters to other books as well as articles to newspapers and counterterrorism blogs. Since retiring from the State Department in 2005, he has also been an adjunct counterterrorism faculty member at the National Defense University's Africa Center for Strategic Studies, Senate Foreign Relations Middle East Subcommittee Staff Director, and a foreign correspondent. 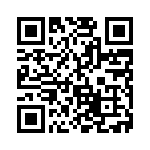