Eric R. Pianka was born in Hilt, California on 23 January 1939. Pianka earned a B. A. from Carleton College in 1960, a Ph.D. from the University of Washington in Seattle in 1965, and the D. Sc. degree or his collected works in 1990 from the University of Western Australia. He was a postdoctoral with Robert H. MacArthur at Princeton University during 1966-68. He is currently the Denton A. Cooley Centennial Professor of Zoology at the University of Texas in Austin, where he has taught evolutionary ecology since 1968.

Pianka was Managing Editor of the American Naturalist from 1971 - 1974, and was on the editorial boards of the American Naturalist, BioScience, National Geographic Research, and Research and Exploration. He has presented hundreds of invited lectures at most of the world's major academic institutions as well as a plenary lecture on the state of the art of community ecology at the First World Congress of Herpetology in 1989. During his 30+ year academic career, Eric Pianka published more than a hundred scientific papers, four of which became "Citation Classics," as well as dozens of invited articles, book chapters, and a dozen books including an autobiography. His textbook Evolutionary Ecology, first published in 1974 and currently in its fifth edition, has been translated into Japanese, Polish, Russian and Spanish and is currently being translated into Chinese and Italian. Consult his home page for further details. 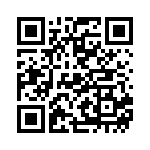