David M. Buss received his Ph.D. from the University of California at Berkley in 1981. He began his career in academics at Harvard, later moving to the University of Michigan before accepting his current position as Professor of Psychology at the University of Texas. His primary research interests include human sexuality, mating strategies, conflict between the sexes, homicide, stalking, and sexual victimization. The author of more than 200 scientific articles and 6 books, Buss has won numerous awards including the American Psychological Association (APA) Distinguished Scientific Award for Early Career Contribution to Psychology (1988), the APA G. Stanley Hall Lectureship (1990), the APA Distinguished Scientist Lecturer Award (2001), and the Robert W. Hamilton Book Award (2000) for the first edition of Evolutionary Psychology: The New Science of the Mind. He is also the editor of the first comprehensive Handbook of Evolutionary Psychology (2005, Wiley). He enjoys extensive cross-cultural research collaborations and lectures widely within the United States and abroad. 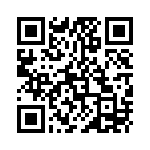