Dary Matera is the author of the New York Times bestseller Are You Lonesome Tonight?, as well as nine other works of fiction and nonfiction. A former book editor and reporter for the Miami News, his books and their subjects have been prominently featured on "20/20," "60 Minutes," "48 Hours," "Primetime Live," and many other television shows and print publications. 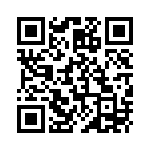