Renowned civil rights lawyer and activist, Derek Bell, turned to writing later in his career as a way to forward the discussions around race and critical race theory in the United States. Faces at the ... Read full review

FACES AT THE BOTTOM OF THE WELL: The Permanence of Racism

Here, as he did in And We Are Not Saved, Harvard Law School professor Bell offers dramatized accounts of the dilemma of race relations in America. Bell uses stories and fables to examine such themes ... Read full review

A lawyer, educator, and writer, Derrick Bell was educated at both Duquesne University and Pittsburgh University. He was the first African American professor to be tenured at Harvard Law School. He was the dean of the University of Oregon Law School and a professor at the New York University Law School. Bell has held such positions as executive director of the Western Center on Law and Poverty at the University of California, counsel for the NAACP Legal Defense Fund and deputy director of the Office for Civil Rights in the Department of Health, Education, and Welfare. Bell has contributed writing to the following publications: Harvard, Yale, Columbia, and UCLA legal journals, Essence, Mother Jones, The Boston Globe, The Los Angeles Times, and The Christian Science Monitor. He has written Race, Racism and American Law and the story, Space Traders, which was adapted as a movie for HBO. 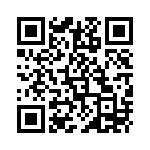