As a student of Interdisciplinary Studies for two years now formally, and many years of independent study of folklore and fairy tales, this book greatly supplements my education. I have placed it on my wish list. I am also an author of children's fairy tales, my first book just self-published at Createspace.com titled Tales From the Enchanted Forest, by Deborah Khora and illustrated by Karen Hunziker.
There is good reference material in Mr. Zipes book that I would like to read as well. I recommend an additional reference; Folklore as Evidence of Peasant Mentalitie: Social Attitudes and Values in Russian Popular Culture (The Russian Review, 1989, vol.48), by Maureen Pierre. This article affirms Mr. Zipes description of folklore as the social history of the peasantry in their class conflicts with the elite.
I agree with Mr. Snipes that (to paraphrase), "we write our own texts [re-write history] to examine our ordered thinking and perhaps disorder it to perceive the processes that produce social structures." Indeed, some of the fairy tales I have written have actually came true in my own life; for instance there is one tale I wrote of a witch who lived in a stone cottage and tossed pennies into a wishing well outside her door, and several years after writing the story I moved into and inhabited a stone cottage nearly identical to the cottage my illustrator drew in the book. The cottage was "not up to code" and at some point I recognized a "higher standard of living" that archtectural design intended to impress upon the world.
Most especially I agree with Mr. Snipes that the most commonly revered fairy tales are "historical prescriptions for EUROPEAN civilization" (again paraphrased). European civilization, especially the Renaissance time period, is a dominant culture and, to some degree, is appreciated most either by people who like to dominate, or by those who do not mind being dominated. Indeed, I grew up on these European tales, which is why I desired to write them, only to become an adult and realize that I knew more about European history and culture than my own- Cherokee Indian.
I, too, have mentioned in my own Introduction to my book that I recall no educational bridge that linked fairy tales to real history, but in fact there are many links if only scholars would research and reproduce them. This I have endeavored to do.
There is much to recommend about Mr. Snipes book and it seems unfair of me to introject this review with information about my own book, so I'll end it here and mention that there is great meaning to be found in the study of folk lore and fairy tales.
Deborah Khora

Review: Fairy Tales and the Art of Subversion: The Classical Genre for Children and the Process of Civilization

A must for all fairy tale lovers! Read full review 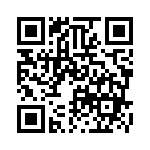