Falling From Horses by Molly Gloss was an interesting read set in 1938 Hollywood as it deals with the hopes and dreams of two young people who soon learn that the movie business is anything but ... Read full review

This book is near-perfect. It is so very real in its characterization, and it has so much of importance to say about grief and pain and coping with the sorrows that life throws at you. Plus, it is ... Read full review

MOLLY GLOSS is the best-selling author The Hearts of Horses, The Jump-Off Creek, winner of both the Pacific Northwest Booksellers Award and the Oregon Book Award, The Dazzle of Day, winner of the PEN Center West Fiction Prize, and Wild Life, winner of the James Tiptree Jr. Award. 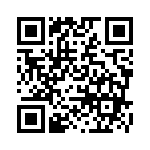