Thelma S. Fenster teaches French Literature and Daniel Lord Smail teaches History at Fordham University. Fenster has edited and translated several works by Christine de Pizan. She is the editor of Arthurian Women: A Casebook and coeditor of Gender in Debate from the Early Middle Ages to the Renaissance. Daniel Lord Smail is the author of Imaginary Cartographies: Possession and Identity in Late Medieval Marseille, also from Cornell, winner of the American History Association's Herbert Baxter Adams prize. 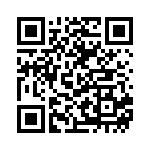