Although when one starts to work one's way through this Latin grammar and reader, it will seem like the Latin equivalent of "Dick and Jane" at first, this is by far the best introduction to Latin I've ... Read full review

I bought this book for a nice read but it's all gibberish. I feel conned, and request my money back, IMMEIDEATELY

Hans Henning Orberg(1920-2010) was a Danish linguist and teacher. He received a master's degree in English, French and Latin at the University of Copenhagen and taught these languages in schools in Denmark for over 40 years. He is the author of the Lingua Latina per se illustrata series, the world’s premiere series for learning Latin via the Natural Method. After his retirement, he founded the publishing house Domus Latina. 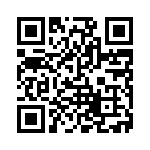