What a horrid piece of work on Cleopatra. If he did not have anything bad to say about her, then he wouldn't have anything to say. Octavian himself could not be more negative and slanderous. Just goes to show you how certain male writers can be so biased. If he is a friend to women; they don't need any enemies.

Although Giovanni Boccaccio was born in France and raised and educated in Naples, where he wrote his first works under the patronage of the French Angevin ruler, Boccaccio always considered himself a Tuscan, like Petrarch and Dante. After Boccaccio returned to Florence in 1340, he witnessed the outbreak of the great plague, or Black Death, in 1348. This provided the setting for his most famous work, the vernacular prose masterpiece Il Decamerone (Decameron) (1353). This collection of 100 short stories, told by 10 Florentines who leave plague-infected Florence for the neighboring hill town of Fiesole, is clear evidence of the beginning of the Renaissance in Italy. The highly finished work exerted a tremendous influence on Chaucer, Shakespeare, Dryden, Keats, and Tennyson even as it established itself as the great classic of Italian fictional prose. Although Chaucer did not mention Boccaccio's name, his Canterbury Tales are clearly modeled on the Decameron. Boccaccio's other important works are a short life of Dante and commentaries on the Divine Comedy; Filocolo (1340) a prose romance; Filostrato (1335), a poem on Troilus and Cressida; and Theseus (1340-41), a poem dealing with the story of Theseus, Palamon, and Arcite. Boccassio's only attempt at writing an epic was a work that Chaucer rendered as his "Knight's Tale." Boccaccio's last work written in Italian was the gloomy, cautionary tale titled The Corbaccio (1355). The Nymph Song (1346), as a counterpiece for the Decameron, demonstrates that it is possible to read the Decameron as an allegory, with the plague representing the spiritual plague of medieval Christianity, viewed from the vantage point of Renaissance humanism. Many of the Decameron tales are indeed paganized versions of medieval sermons about sin and damnation with the morals reversed. After 1363 Boccaccio concentrated on trying to gain enduring fame by writing, in Latin, a series of lives of memorable men and women and a genealogy of the pagan gods. Boccaccio died in 1375. 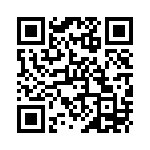