Yuniya Kawamura is Associate Professor of Sociology at the Fashion Institute of Technology, State University of New York. She is the author of The Japanese Revolution in Paris Fashion (Berg, 2004), Fashion-ology (Berg, 2005), and Doing Research in Fashion and Dress (Berg, 2011). 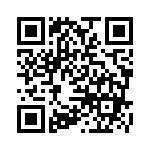