Wow, if this doesn't open your eyes to the entire fast food industry and even grocery store meat, then munch blissfully away. The serendipitous thing about the timing of my listening to this book on ... Read full review 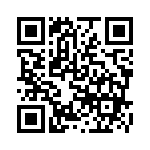