FAT HISTORY: Bodies and Beauty in the Modern West

This leftist academic examination of our collective fascination with dieting depicts it as a manifestation of capitalist consumer culture duking it out with the secular remnants of puritanism. Stearns ... Read full review

Peter N. Stearns is Provost and University Professor at George Mason University. Since 1967, he has served as editor-in-chief of The Journal of Social History. His numerous books include World History in Documents; American Behavioral History; and Anxious Parents. 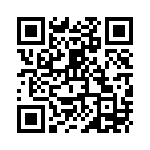