Jonathan Coopersmith, an associate professor of history at Texas A&M University, is the author of The Electrification of Russia, 1880–1926, and the coeditor of Taking Off: A Century of Manned Flight. 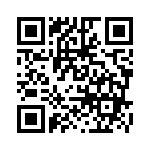