Michal R. Belknap teaches criminal law, constitutional law, and American legal history at California Western School of Law and is an adjunct professor of American history at the University of California, San Diego. Federal Law and Southern Order was named an Outstanding Book by the Gustavus Myers Center for the Study of Intolerance and Human Rights. 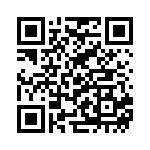