Edward Rubin is University Professor of Law and Political Science at Vanderbilt University. 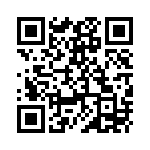