I'll admit, I did not read anywhere the entire book, but as an experienced fencer I did not need to do so in order to see how quickly the author is steering her readers on the wrong track. Epee and foil are NOT nearly identical weapons that can be fenced with the same techniques or strategy. That analogy is as ridiculous as saying that riding a bike and driving a car, because after all both have wheels. Cheris ignores the fact that right-of-way is the main difference between foil and epee, meaning that while foil concentrates on beats and parries, epeeists need to hone their skills in binds and absence of blade. Suffice to say, I would not recommend this book to anyone trying to understand the sport or trying to master a new weapon, especially if they do not have an expert coach to help them differentiate between the techniques and strategies necessary for each of the different weapons. "Fencing epee like a foilist" or vice versa, is in fact the first step to failure in fencing.

Having competed in national and international fencing competitions for two decades, Elaine Cheris stands as one of the all-time great U.S. fencers. Also well known as an instructor and administrator, she owns and operates the Cheyenne Fencing and Modern Pentathlon Center, where she has instructed many notable students, including pop music star Jimmy Buffett. She also has been the chairperson for two World Championships (1989 senior, 1993 Under-20 and Under-17) and the Coach of the Junior World Team. 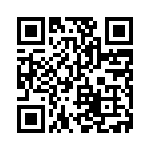